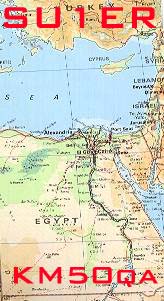 Over the last few weeks the UKSMG has been in communication with Ezzat Ramadan, SU1ER, President of the Radio Amateurs Assembly of the Radio Club of Egypt, in Cairo on the basis of encouraging 6m activity from Egypt this summer.

The UKSMG has sent Ezzat much material explaining all about 6m together with several back issues of Six News including a copy that described the 1994 UKSMG DXpedition to Jordan with the callsign JY7SIX. This information has made Ezzat very keen to come on 6m in the month of June.

It turns out that Ezzat is already in possession of a YAESU FT-690 R II, an FL-6020 10 Watt amplifier, and a Cushcraft A50-3S Yagi antenna. The Group will encourage and / or help Ezzat to obtain a 100 watt amplifier. Ezzat's house is 140 metres above sea-level, the building is 25 metres high with a Rohn tower 6 metres in height so the total height will be 170 metres above sea level or 30 meters above the ground so there should be a good take-off for 6m.

Ezzat plans to put the antenna up in the next few weeks but we should all remember that there is still band one TV activity in Egypt and that there is a 48MHz TV transmitter north-west of Cairo so it is not possible to say at this time how much of a problem this will be. We already know how bad it can be from our experience in Jordan in 1994!

The UKSMG will do everything it can to help Ezzat get going and if successful we can all look forward to working another new country on 6m this summer! To Quote Ezzat, 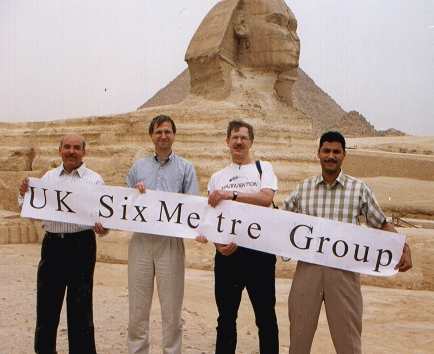 It’s a pleasant 26o while we write this in the gardens of the International Scout Centre in Heliopolis near Cairo. It is 5:30 in the afternoon and Nick, G3KOX, (or Mr Nick as he is known here!) and myself (Mr Chris) have had a hectic but very pleasant two days in Cairo. I intend to write a much fuller account of our experiences in the near future, but I’m sure that you are really much more interested in what happened with regard to 6m.

There were several reasons for coming to Egypt. One of them was to deliver the 100 watt amplifier and the 20 amp power supply to Ezzat, SU1ER. Ezzat has been our host while in Cairo and what an excellent host he has been. Ezzat and Said, SU1SK, spent most of yesterday showing us the sites of Cairo starting with the Pyramids of Gisa, posing in front of the superb Sphynx with our UKSMG banner, and ending up at the Mohammed Ali Citadel at 5 o’clock in the evening.

Chris on a camel!

After driving back to Ezzat’s housing block in Heliopolis he pointed out his tower and antennas high up on the roof. And, YES, we could see the 3-element beam sitting there at the very top. We also saw the long cable running up the side of the building as we entered the main lobby. We used the lift to get up to the fifth floor as Ezzat wanted to show us the antenna at close quarters. We learnt that it was actually Said who went up the mast to assemble the antenna. Anyway the, antenna was there and was connected up as promised. Looking around the roof it was clear that this was a good location with an excellent take-off all round, particularly towards Europe. One concern gone! We headed down to Ezzat’s flat on the first floor.

During the day we learnt that Ezzat retired twelve months ago and now has plenty of time on his hands to listen to six metres. Even by this time it was clear that he was becoming enthusiastic about the possibilities. We also learnt that he first got his licence about twenty five years ago being rather bored with HF operating was looking for a challenge. We think he has found one now! 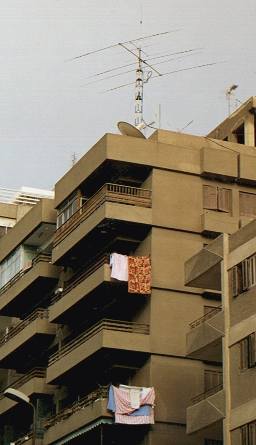 After the four of us had drank our tea, I gave Ezzat the honourary membership of the UKSMG and a copy of Geoff, GJ4ICD’s CD-ROM. We then presented him with our donated amplifier and power supply. He was most pleased! We walked six feet around a corner into his shack and there was the FT-690 sitting in a prime position on the shelf above the 950. We learnt that amateur radio was not really understood by the telecommunications office in Egypt and that it had been an uphill struggle to get it accepted. For example, he had only just got permission to start a club, SU0ERA, after ten year’s of effort. Also, every piece of amateur equipment needed to be justified and added to the licence separately. Ezzat is a real ambassador of amateur radio in Egypt and he is to be congratulated for all his efforts.

Of course the first thing we did when we saw the FT-690 was to turn it on and tune the band. Would we hear s9 video? Well, what do you know? It was quiet! Not a video carrier to be heard. Magic! But was it connected to the antenna? It was. We were hearing a lot of static and there were a few birdies that peaked on turning the antenna. Clicking on the noise blanker removed most of the static and the band was reasonably quiet in all directions. Second concern gone. Things were going well. We later found out that, according to Ezzat, the lowest television station in Egypt was on 62MHz and was some way to the south. 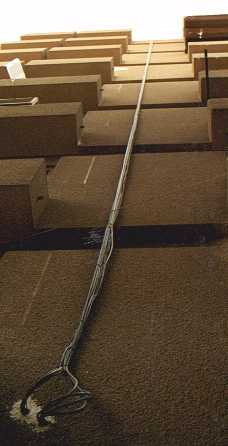 OK let’s try transmitting and see what the SWR was like. No problems. Nick quickly whistled into the mike and the SWR meter showed ten watts going out and very little coming back. Third concern gone! We couldn’t wait of course, so we changed the mains plug on the PSU, plugged it in, and connected it to the amplifier. The antenna connector was changed over and the input of the amplifier was connected to the FT-690. Another whistle and 100 watts of 50MHz whizzed its way over the tops of the buildings in Cairo for the very first time! Egypt was on 6m at long last.

Earlier in the evening Greis, SU1GS, had arrived and we spent the rest of the evening talking about what made 6m special, the complexities of calling on 50.110, about propagation, and how exciting and challenging the band could be. You could clearly see that Ezzat was enthusiastic because he was eagerly asking all kinds of questions. We took along a copy of the UKSMG’s web site on a portable computer so we were able to demonstrate how the band sounds when it is open and let him listen to some of beacons he might soon be hearing.

On the second day we had our first appointment with the top management of The Arab Republic of Egypt National Telecommunications Office (ARENTO). (A copy of Ezzat's appointment letter with ARENTO in Arabic can be found here). letter Although Ezzat can operate 6m under the terms of his existing licence he wants to get a general release of the band in Egypt. We held four meetings starting with the General Manager and several of the frequency management team. Ezzat knows all the staff very well and he wanted us to explain why the general release of 6m was important to amateurs throughout the world and especially to Egypt as they were one of the last countries in Region 1 that did not have a 6m allocation. All the meetings went very well and Ezzat was confident that our help had consolidated his personal efforts and that a general allocation would be forthcoming within a short time. 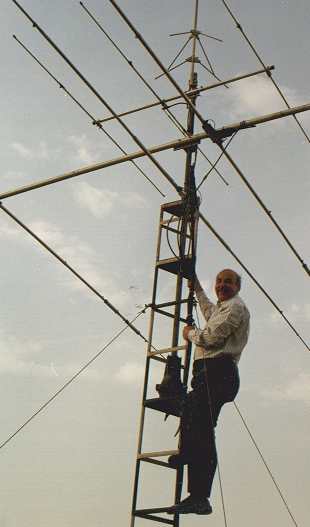 Ezzat, SU1ER on the tower.

Ezzat was clearly excited by what he heard and as he is retired he sees no problems in listening waiting for those unpredictable 6m opening. Indeed, he very eager! He has already started listening on 110, turning the transceiver when he get up. We think he will catch the 6m bug in a big way and our timing could not have been better to catch this year’s sporadic-E season.

To be clear, SU1ER is permitted to operate on the band, is active now, and is eagerly anticipating his first Sporadic QSO!

Who will it be I wonder? 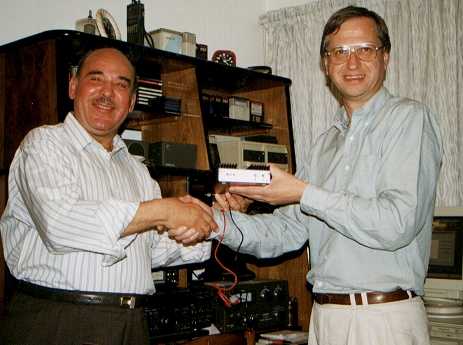 Following a successful two day visit to Egypt by Chris, G3WOS and Nick, G3KOX we are pleased announce that Ezzat, SU1ER President of is now active on 6m from Cairo. During the visit it was discovered that there was no Band 1 television interference in the centre of Cairo and that one week’s monitoring had shown no activity by other services. Ezzat’s 3-element 6m beam is on the roof of his apartment block and is about 30 metres above ground level with an excellent takeoff in all directions.

After Chris and Nick had presented Ezzat with the 100 watt amplifier and PSU donated by the UK Six Metre Group it wasn’t too long before everything was fired up and found to be working perfectly. Ezzat is retired and has plenty of time to dedicate to 6m operation. After 25 years of HF DX experience he is looking for a new amateur radio challenge and we believe he has found one. SU1ER is permitted to operate on the band, is active now, and is eagerly anticipating his first Sporadic-E QSO! 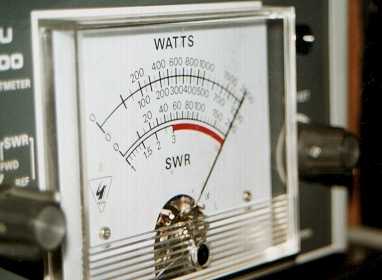 A further objective of the trip was to meet the management of the Arab Republic of Egypt National Telecommunications Office (ARENTO) to support Ezzat’s goal of obtaining a general release of 50MHz spectrum to all SU operators later this year. A number of successful meetings were held and Ezzat was confident of achieving this goal before too long.

The UKSMG welcomes SU1ER to 6m and is confident that he will make many operators happy by putting Egypt firmly on the 6m map this summer.

The UKSMG donates equipment to help Egypt get on 6m.
April 10th Update! 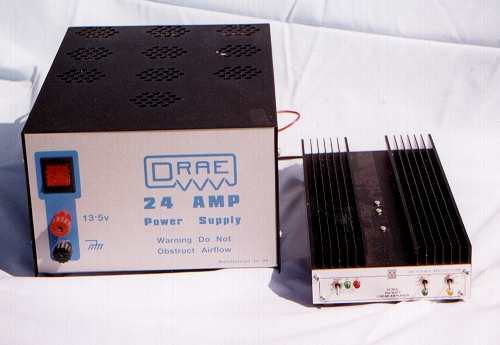 The UKSMG has bought a Microwave Modules 100 watt solid-state amplifier for use in Egypt. It has also bought a DRAE 24 amp @ 12 volt psu to power it. This will be presented to Ezzat, SU1ER, the President of the Radio Amateurs Assembly (of the Radio Officers Club) ERAA. After use it will be passed onto the club station SU0ERA. It is hoped that if we are successful in getting general release of 6m in Egypt then any visiting amateur will be able to use the club facilities to activate Egypt on 6m.

Chris, G3WOS, and Nick, G3KOX, are going out to Cairo for two days on the 25th and 26th April and will be hand delivering the equipment. During this trip Ezaat, Chris, and Nick will be visiting the local regulatory body, the Arab. Rep. of Egypt National Telecommunications Organisation (ARENTO) to discuss general licensing issues.

According to Ezzat, the antenna was put on top of the tower two days ago and fed with 52 mtrs of RG-214 coax-cable to his shack and is waiting for tests. It has been initially placed in a horizontal position.

So, everything is looking good so far.

Ezzat's mail makes all the hard work over the last few months all worthwhile.
9th May 1997 Update

Thanks to everyone for their help. Everyone else soon, we hope!

Ezzat comes gets the UK for the first time!
22nd May 1997 Update

Ezzat had a terrific opening into the UK this evening. Congratulations!